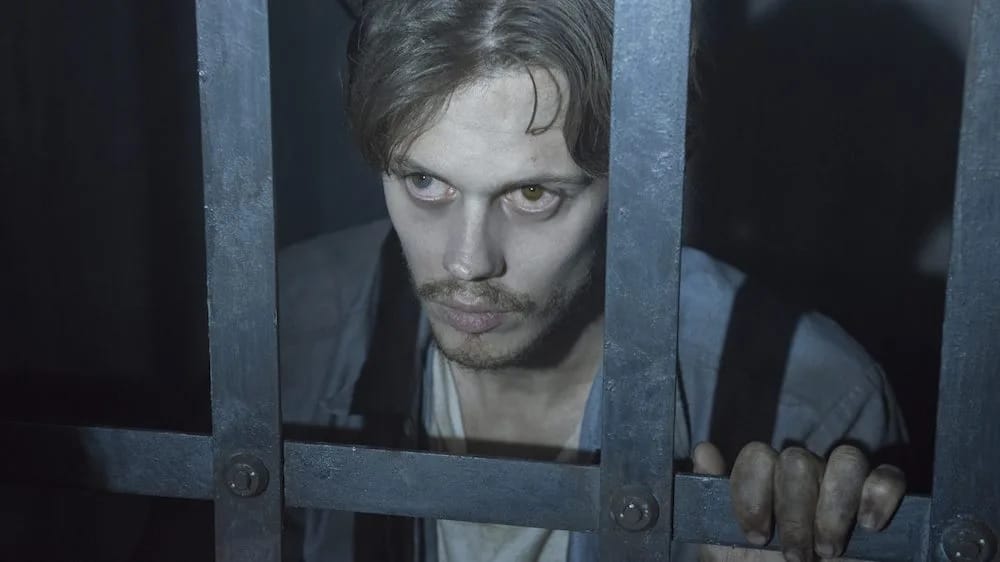 Bill Skarsgard played the genre icon Pennywise in the two recent adaptations of Stephen King’s It. Earlier today, it was announced that he’s going to be playing genre icon Count Orlok in Robert Eggers’ remake of the silent classic Nosferatu. In between these two roles, he has also spent some time working on a remake of The Crow (watch it HERE) – where he’s taking on the role of Eric Draven, which was made iconic by Brandon Lee in the original film. The Prague Reporter has now broken the news that The Crow remake has wrapped production after ten weeks of filming in the Prague area.

During a lengthy 10-week shoot, The Crow shot across numerous locations in the Old Town and New Town neighborhoods of the Czech capital. One of the major set pieces for The Crow was shot at Prague’s Rudolfinum concert hall, and involved the participation of hundreds of extras in formal attire.

Filming for The Crow also took place in the the Czech capital’s Jewish Quarter and high-end Pařížská street, the Municipal House and Na příkopě and Nekázanka streets, as well as Politických vězňů and Opletalova streets near the Czech capital’s Wenceslas Square and Main Train Station.

Oddly, documentation filed with the city of Prague seems to indicate The Crow was being filmed as a six episode TV series, but as far as we know this is supposed to be a feature film.

Based on the comic book series created by James O’Barr, the first version of The Crow was directed by Alex Proyas and released in 1994. It had the following synopsis:

The night before his wedding, musician Eric Draven (Brandon Lee) and his fiancée are brutally murdered by members of a violent inner-city gang. On the anniversary of their death, Eric rises from the grave and assumes the gothic mantle of the Crow, a supernatural avenger. Tracking down the thugs responsible for the crimes and mercilessly murdering them, Eric eventually confronts head gangster Top Dollar (Michael Wincott) to complete his macabre mission.

Skarsgard is joined in the cast of The Crow remake by singer FKA twigs, who plays Draven’s girlfriend/fiancée, and Danny Huston (Yellowstone).

Are you looking forward to seeing Bill Skarsgard in The Crow remake? Share your thoughts on this one by leaving a comment below.