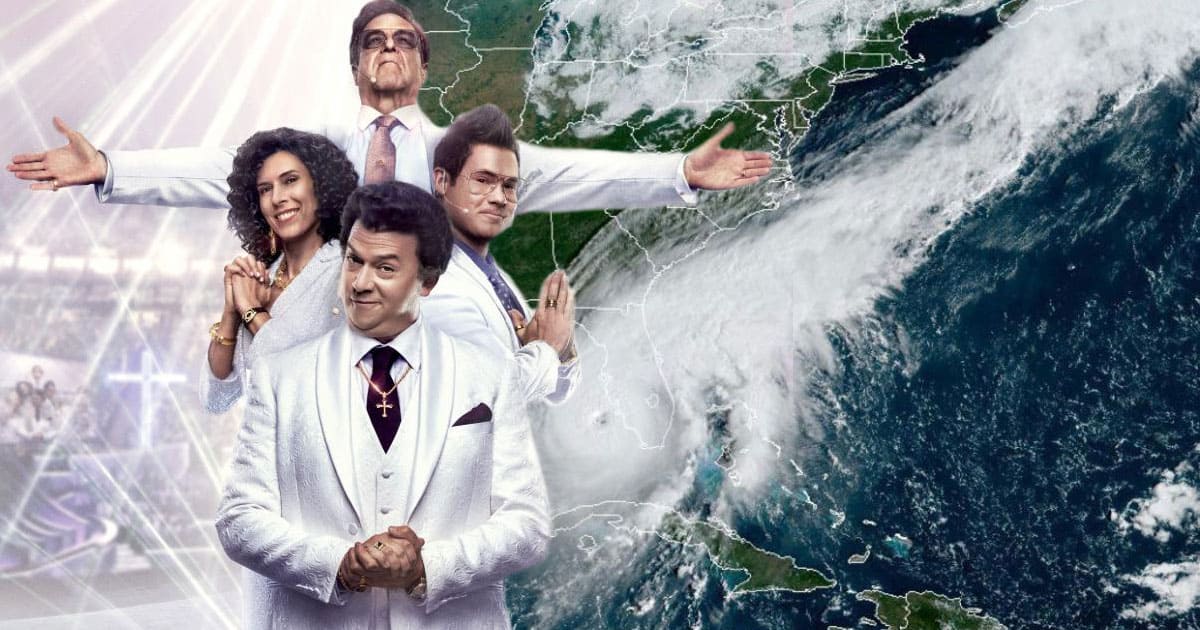 Lord have mercy! HBO‘s The Righteous Gemstones and Searchlight‘s Suncoast will pause production as Hurricane Ian heads for South Carolina. Recently downgraded to a Category 1 hurricane, Ian still threatens Charleston, where both shows are filming. While the downgrade is a good sign, Hurricane Ian is already making headlines for decimating parts of Gulf Coast Florida.

Speaking with Deadline, Dan Rogers, project manager for the South Carolina Film Commission, told the outlet, “Both are on hold today. They said they expect to pick up on Monday, but everyone’s kind of in a wait-and-see mode right now. Because Charleston is so low-lying, you’re dealing with a lot of water issues. So we’ll just have to wait and see what kind of rainfall we get. We’ve been scouting for a few other things, but coastal stuff is on hold right now. Once this weekend is over, we’ll see what we come up with.”

The Righteous Gemstones is in the middle of filming its third season for HBO. The Righteous Gemstones tells the story of a world-famous televangelist family with a long tradition of deviance, greed, and charitable work. Season two finds our blessed Gemstone family threatened by outsiders from the past and present who wish to destroy their empire. John Goodman, Danny McBride, and Edi Patterson star in HBO’s sacrilegious satire.

Meanwhile, Suncoast, directed by Laura Chinn, is inspired by Chinn’s life experience in the early 2000s and follows a teenager living with her strong-willed mother. The latter must take her brother to live at a unique facility. Woody Harrelson, Laura Linney, and Ella Anderson lead a cast that includes Ariel Martin, Nico Parker, Amarr, Daniella Perkins, and Dexter Tillis.

We wish everyone in Florida and South Carolina the best while weathering Hurricane Ian. The storm is already responsible for leveling parts of Florida. It will be a shame if it destroys parts of South Carolina too. Stay safe out there, folks!