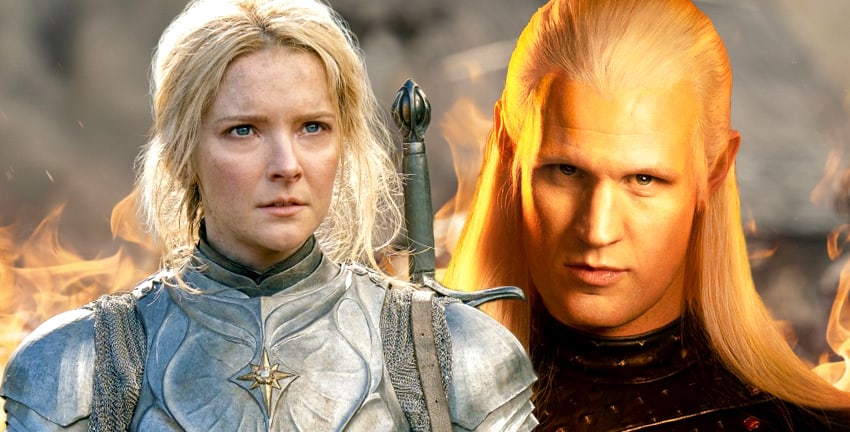 If you had told me as a child that some of the biggest TV shows of 2022 would be two massively budgeted fantasy series, I wouldn’t have believed it. The Game of Thrones prequel series House of the Dragon debuted on HBO a little over a month ago, followed by The Lord of the Rings: The Rings of Power on Prime Video on September 1st, but how are the shows doing in the ratings department?

Nielsen has released their SVOD charts for the top streaming series for August 29-September 4, and wouldn’t you know it, The Lord of the Rings: The Rings of Power has come out on top. The series took the number one spot with 1.25 billion minutes viewed, leaving House of the Dragon in the dust with 781 million minutes viewed. However, it’s important to note that viewing on linear channels hasn’t been taken into account. While The Rings of Power is exclusively available on Prime Video, only one-third of the audience for House of the Dragon watch the series on HBO Max.

Prime Video has a five-season plan for The Lord of the Rings: The Rings of Power and HBO has already renewed House of the Dragon for a second season. So it’s likely both shows will be sticking around for the foreseeable future. Which series are you enjoying more?