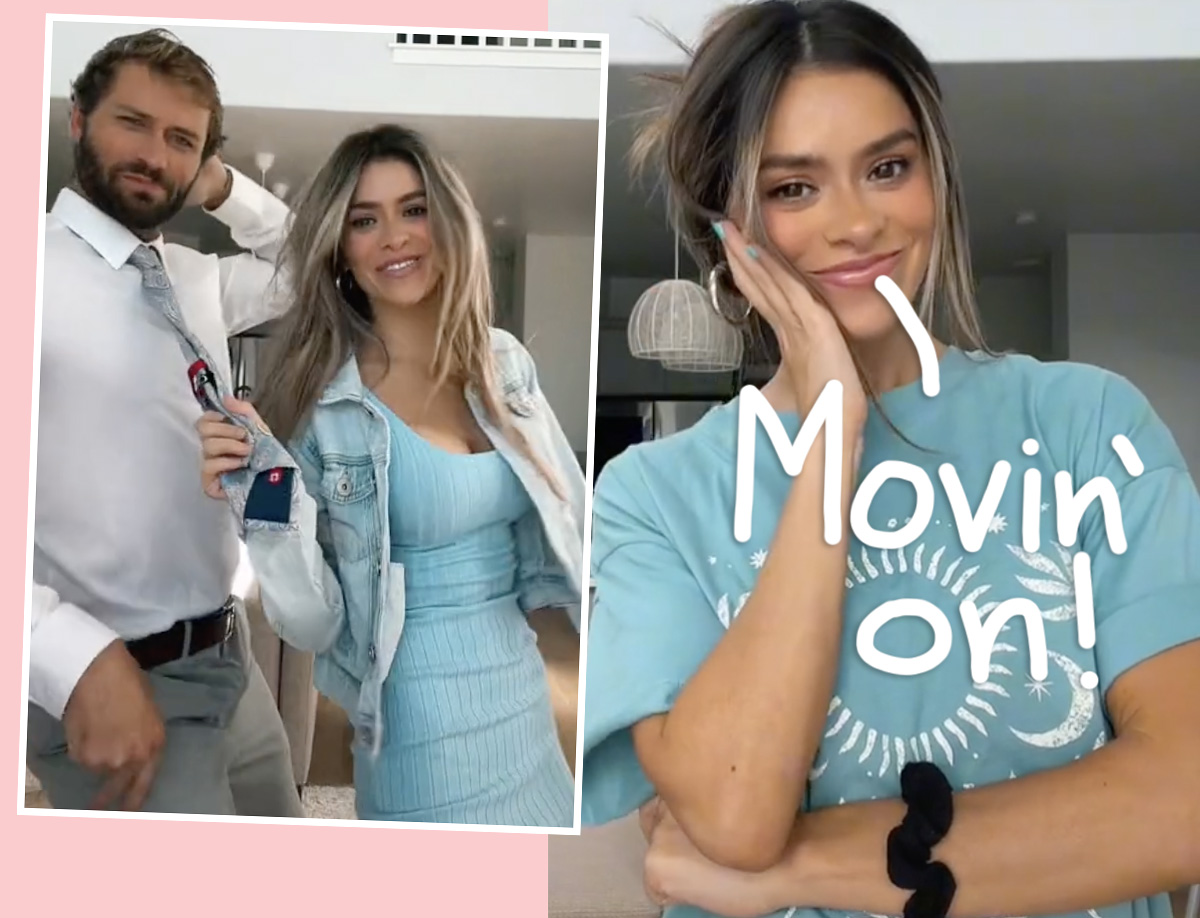 The TikTok influencer at the center of the infamous Mormon soft-swinging “MomTok” scandal has a new man in her life!

Of course, Perezcious readers will recall our reporting on the jaw-dropping controversy that enveloped some young adult members of the Mormon religion earlier this year. Back in May, it came to light that Mormon couples had been taking part in the swinging lifestyle, and the fallout from that interpersonal drama was leading to all kinds of influencer divorces!!

But fast forward four months to today, and Taylor Frankie Paul, the influencer at the center of it all, has a new boyfriend!

Paul, who split from then-husband Tate Paul a few months back following the reveal of the Mormon MomTok swinging situation, debuted new boyfriend Dakota Mortensen on her TikTok page this month. Well, technically, he first popped up on her page back in late July — but nothing was made official at the time.

Slowly but surely, he started appearing more alongside Paul in recent weeks. And just a couple days ago, she said the pair is “in love” already just a couple months after the swinging s**t show! Seems fast to us, but, OK!!! Things started to get hot early this month, when the couple jokingly went back and forth in a post on the social media app. The questioned whether they should “follow [their] hearts or nah?”

As you can see (below), the chemistry was very clear in that post published more than three weeks ago:

Things got juicy on Monday of this week, when Taylor posted a suggestive video of herself and Mortensen. In the clip, the two are seen dancing together in front of the camera while the caption says they were “on our way to church.”

Needless to say, the chemistry once again piqued followers’ interest:

Replying to @makegoodchoices13 on our way to church

Fast forward to Wednesday, then, and it all came out!

In another new clip posted for her nearly 4 million followers, Taylor replied to a user asking her “what’s with the matching shirts” she and Mortensen have been wearing on camera. She didn’t hesitate to lay it all out in the caption, writing:

“maybe cause were in love”

And the video itself further proved it! The pair appeared super cozy together on camera while Counting Crows‘ Accidentally In Love played on in the background.

Ch-ch-check it out for yourself (below):

Replying to @seasidebeachgirl112 maybe cause were in love

It’ll be interesting to see what comes of this new relationship. Rumor has it, she’s even filming a reality show…

After all, the TikTok influencer wasn’t shy back in May when she recounted the unfortunate situation around her Mormon soft-swinging group. In a livestream late that month, Taylor laid out her divorce from Tate. She also explained she would “absolutely not” be swinging again, saying to viewers:

“It clearly ruined my life. This is just a sensitive subject because people do live that lifestyle, and it works for them, so I don’t want to bash on that. And obviously, I am no one to judge, but for me personally, I would not be participating in that ever again.”

Looks like she’s back in love once again. Very quickly! No swinging this time, though?!