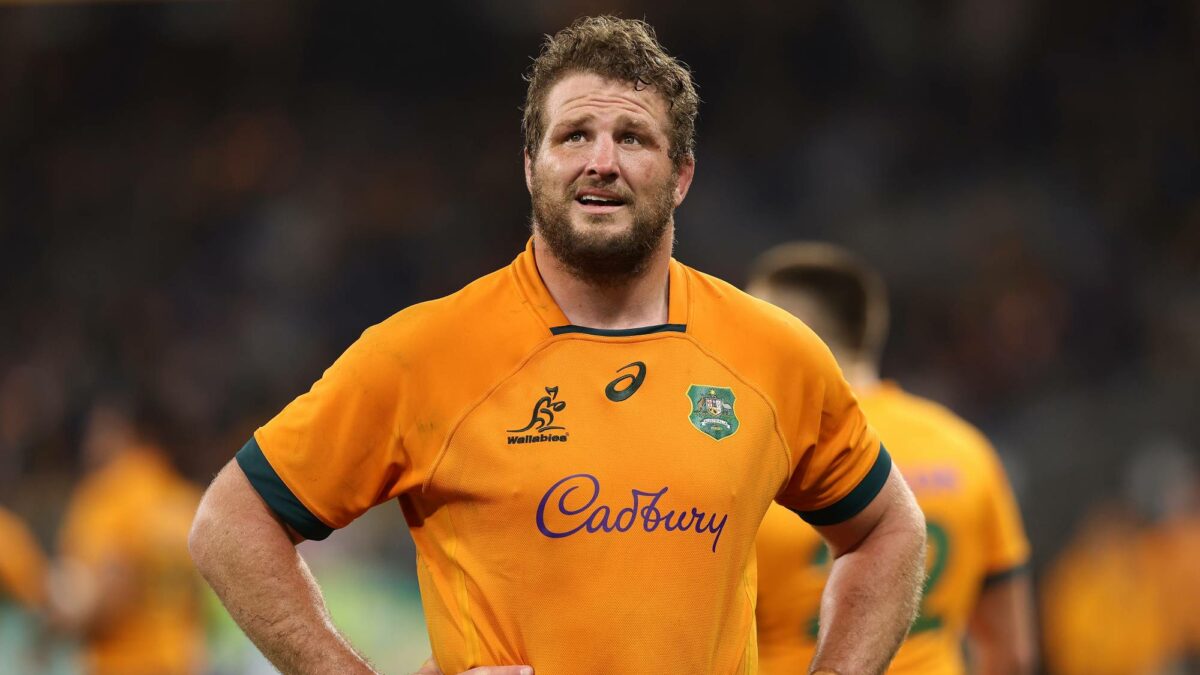 What happened in the Rugby Championship? Two won four and two won two.

Twelve maul tries pushed over the line; none of them Wallaby. All cups were retained in Auckland. By the end, all the coaches were safe, but the order of security was reversed.

Yes. But that never satisfies the rugby tragic, hunting mysteries and underground currents.

Argentine rugby analyst and all-round good guy Francisco Roldan and I dug through the numbers and patterns so you would not have to; here is an alternate story of the “Four Nations” tournament, which inspired or deflated, but enlightened us all.

Francisco discerned the origin of the 76 tries. Six flowed from scrums (one was an old school Springbok pushover dot-down by Jasper Wiese in Round 6).

Twenty-four of them emanated from lineouts, but equally were mauled (12) and non-mauled (12).

Perhaps most interesting was how the teams stacked up on this:

Not many pundits bemoaning mauls would have that number right: the open attack of the All Blacks only one ‘boring’ maul try behind the Springboks?

The Wallabies have two Brumby coaches on board but could not deliver tries from this source this tournament. The Brumbies’ 2022 attack metrics were stellar against Kiwi teams, but did not translate to Tests.

In fact, as Francisco told me: “I have never seen Australia defend the maul as poorly as it did against South Africa and New Zealand. Technically reprehensible from all possible points of view.”

The Boks did not score a maul try in Adelaide or Sydney, but the visitors used their maul at will as a safe launchpad, and forced passivity in defence.

The Kiwis scored theirs!

What of the multiphase attack?

Thirty-four tries were scored this way in the Championship, and therefore certified as ‘good’ and wholesome.

Yet again, the two top teams are twins.

Some critics may accuse the Boks of being maul-dependent, but the truth is they use the maul both as an end unto itself and a mobile launch pad (especially on penalty advantage).

Here Francisco warmed my heart: “Fortunately critics no longer play rugby, Harry! The Boks showed what a well-executed offensive maul is capable of, bringing charm of the game. Yes, you read that right. The Bok maul is enchanting. The lineout and maul are the formations of the greatest playing power in the game of rugby.”

The All Blacks only scored one more multiphase try than the Boks; with Australia once again suffering from slow or imprecise ruck cleaners, and (until Pete Samu got more time on the paddock) low run metres.

Metres per carry have a relatively tight distribution, but expressed as a percentage, there are two clear tiers or flights of carry efficacy:

If it felt like the Wallabies ran around more than that, it was because they had far more attempts at breaking the line than the Boks:

Thus, the All Blacks carried about 28 times more per Test than the Boks. And yet, the two old rivals developed about the same number of clean breaks:

The All Blacks make up for their lack of sheer speed with being hard to tackle.

So, with one line break every 17 carries (compared to one in 27 for the Wallabies or one in 22 for the All Blacks) and a better tackle-breaking percentage than any other team, why don’t the hard-and-fast Boks run more?

They abhor giving up turnovers.

It is one of the Boks’ known abominations: to give up the ball inside their half without a defensive line set up to rush.

Both the Wallabies and Pumas were more reliant on turnover ball to score tries than the 4-win duo: three apiece.

Francisco said: “The unstructured game remains one of the strengths of Los Pumas, which they knew how to develop during the times of Gonzalo Quesada as coach of the Jaguares in Super Rugby.”

But the turnover ratio was very poor for the Wallabies this tourney, missing Michael Hooper and a consistent locking duo. It is the big tackle which is the cousin of turnovers.

All of the other teams had set big men cleaning the ruck: Eben Etzebeth and Lood de Jager (together since 2015), Sam Whitelock and Brodie Retallick (since 2014) and a seasoned trio for Argentina: Allemanno, Lavanini, and Petti.

If turnovers held the Wallabies back, a lack of territory doomed the Pumas:

Playing out of their half also held the Pumas back from getting to the Promised Land: the opponent’s 22. Entries to opposing 22:

If the Pumas want to get to four wins and challenge for the trophy, they will need to either visit the red zone more or become more effective once there.

Francisco figures: “Argentina must generate more opportunities by territorial conquest if it wants to deepen its game; for opportunities to become points.” Poetic.

No prizes for guessing who the most efficient team was in the red zone.

Space tightens and it is harder to run through or even around compacted defences. So, the team completing 152 passes a match (the slick All Blacks) fares better at shifting the attack in the 122 than the rest (105-115 passes completed). The Boks only put together 8.6 carries per red zone visit; the All Blacks 12.7 (the two others at 10). Coaches love to look at this stat.

Here is distilled the larger story. You want your attack to function like the All Blacks.

South Africa can better afford the 35 percent ratio of try-scoring because they conceded about ten fewer tries than the Pumas and Wallabies (and conceded about eighty few points than both). Also, with carriers like Damian de Allende or Jasper Wiese, space can be “created” without a pass.

But in a bonus point competition, the 0.8 point per visit difference with 8 to 10 visits a game dooms the Springbok game plan. As Francisco confirmed, the Boks took a long time to score their first try in almost every match. 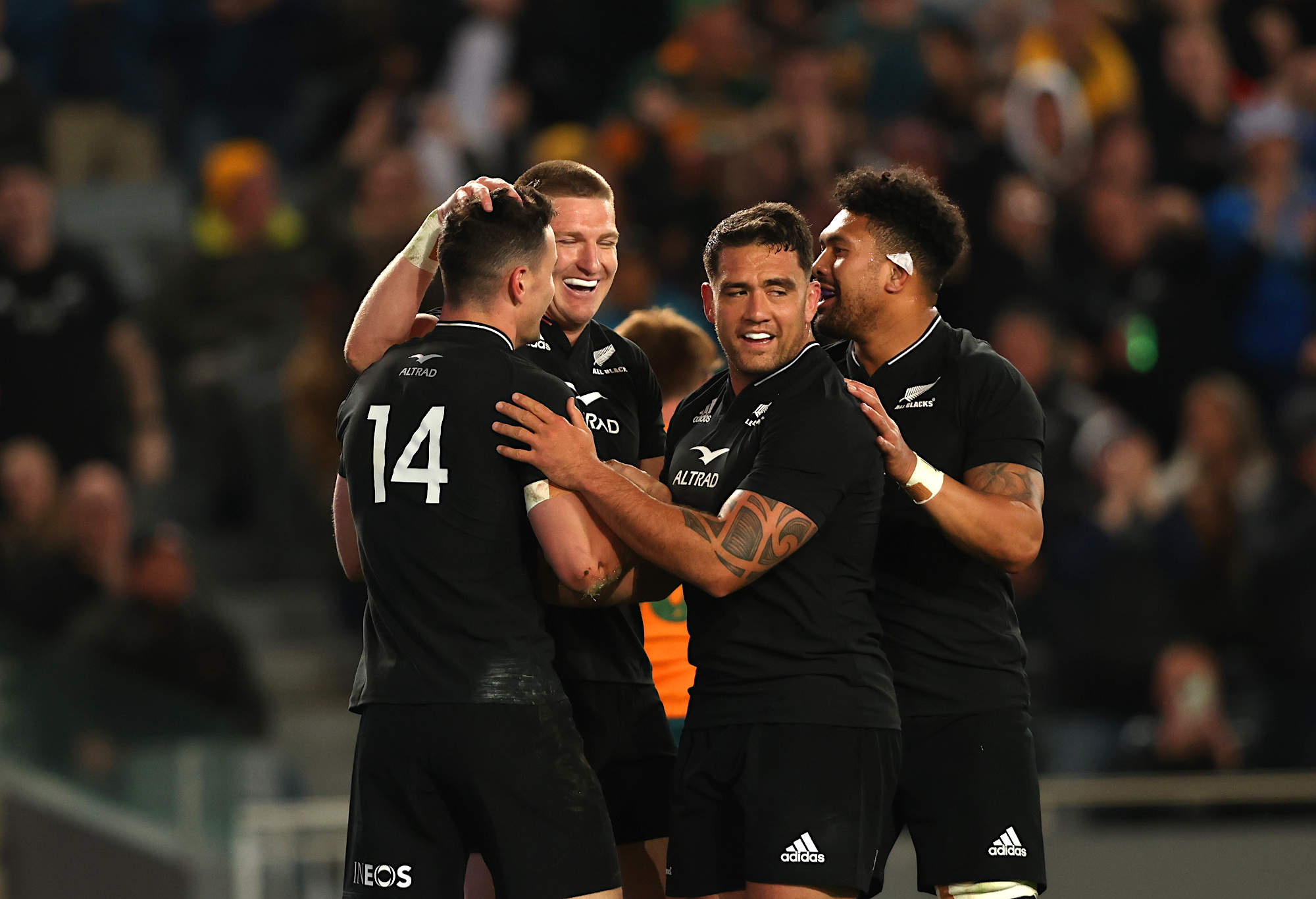 The Wallabies got to the red zone enough but cannot break the line as quickly as the Boks or clean well enough to sustain multiphase attacks. The Pumas simply did not get there, pinned down in their half, tackling their hearts out.

(Long range tries from the fantastic Juan Martin Gonzalez fit into a statistical category of their own: improbable/unforgettable).

But a sidestep by a flank on a fullback at halfway and a dash to the line is not a game plan.

A scrum penalty won by a prop on halfway leading to a kick to the corner, a maul try, or one with penalty advantage, three passes, a bust or a break, and a touchdown: that is replicable in a World Cup.

A kick reclaimed also works (see Jaden Hendrickse’s midway box kick caught by Canan Moodie on the 22 who ran untouched in for a try) but requires pinpoint precision and luck.

Then he looked at breaks developed from turnovers:

Once again, one can see the struggle for Argentina: if they are only in the opponent’s half 43 percent of the time, enter the 22 seldomly, and do not convert turnovers into jailbreaks as much as they should, they will need more Gonzalez miracles (or a stronger scrum).

The big picture first. The Wallabies and Pumas conceded too many points (397 together) compared to the Boks and All Blacks (247); as well as tries (51 versus 25).

So how did we get there? The bedrock of defence is spacing and tackling; in a legal manner. “Legal” only means as adjudged by the referees of the day.

Tackle percentages are some of the least instructive statistics in our game. Hooper or Pieter-Steph du Toit make good misses, in that they create havoc deep behind enemy lines, and the staggering carrier is then mopped up by Allan Alaalatoa or Frans Malherbe.

But over six matches, some larger trends emerge.

At Test level, anything below 85 percent is going to create a deficit. The Boks handle that with second layer scramble and next level speed in the wings.

So, with sub-85 percent success in tackles, the Wallabies and the Boks were going to be on the back foot a bit. However, the Boks gave up 75 fewer points and 11 fewer tries than the Wallabies. What made the difference?

This is no surprise. The Boks have been one of the least pinged teams in the top ten for about a decade, and the least in this World Cup cycle.

The Pumas have been among the most, year after year. The Wallabies have developed poor habits around the breakdown.

Francisco identifies “three factors which feed this metric, in success or failure:

Speed and speed in the game, which makes it impossible to control some impulses
Mental factor or de-concentration in the game
Complexity of the approach in the breakdown.”

Ask yourself about the second point as you view the breakdown penalties total:

That translates to about 52 percent of the Wallabies’ penalties being at the breakdown.

The Boks put far less pressure on themselves in this area. A 12-penalty edge (or two per game) is two easy exits or entries and that is 3-14 “free points.”

The Wallaby scrum also leaked the most penalties (15) in the comp (the Boks’ 10 was the least).

These are things a coaching staff can tinker with and improve, but the Spring Tour is nigh.

Francisco quantified the teams’ overall defensive effectiveness three ways and found the Wallabies conceding line breaks almost a third of the time they missed a tackle (in contrast, the scrambling Boks gave up a clean break less than a fifth of the time a break happened).

To the extent New Zealand showed unusual frailty, it was here.

Improving the second line of defence will be a focus for the Australasians for the tours.

What other distinctions can we draw from Francisco’s figures?

We can compare the Rugby Championship (this year and last) with the Six Nations style.

Francisco notes: “For Argentina, this is a relatively unusual facet, which Los Pumas have managed brilliantly this season. 18% of ARG kicks and 17.7% of RSA kicks generated reception failures in the opponent. That is efficiency.”

The two Tests lost by South Africa? The Boks kicked less than their foes. In the four wins, they kicked more (and sooner or later, one of those misplayed kicks turned into scrums or entries and thus, tries). 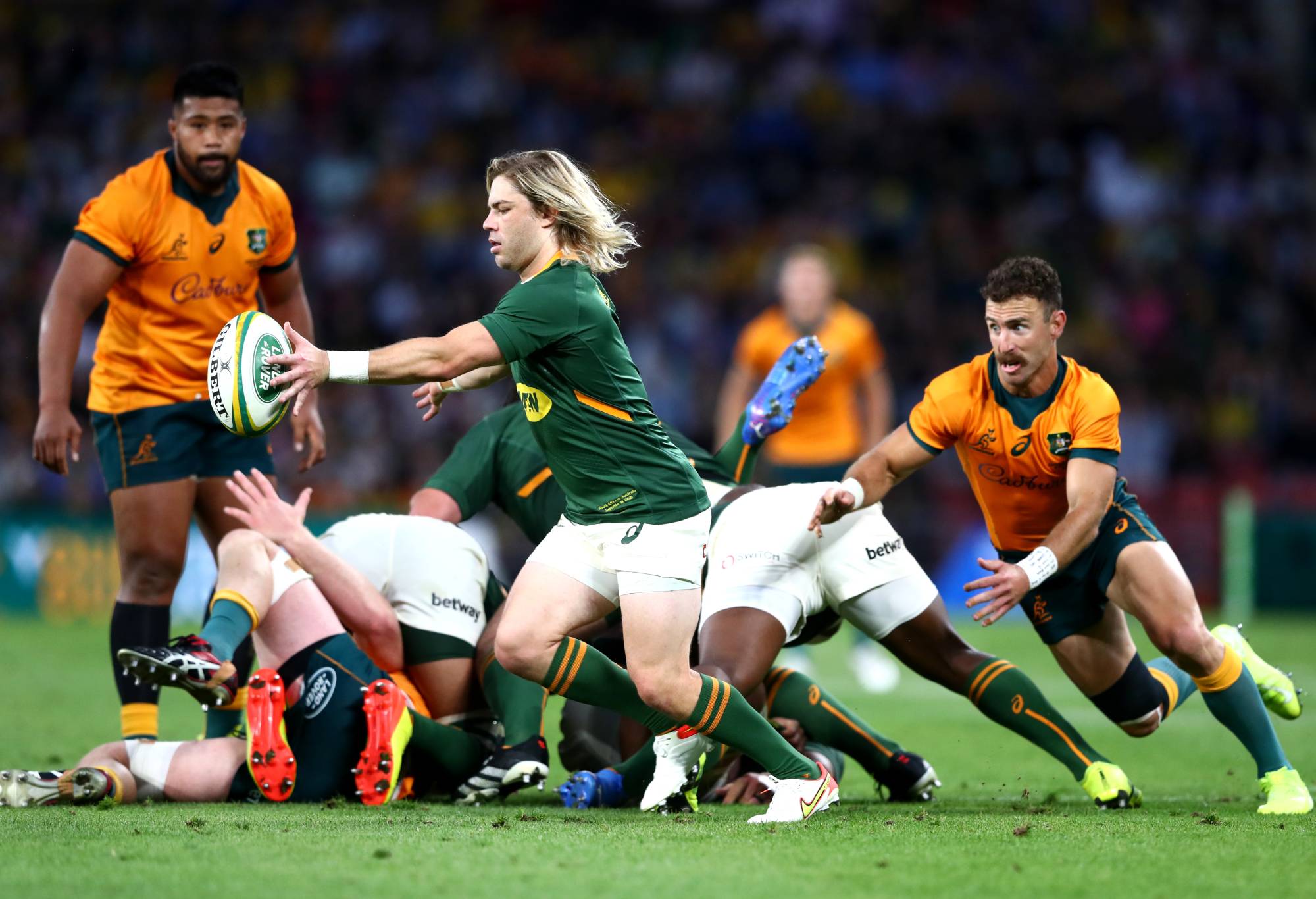 The Six Nations teams are forming more phases when they are in the red zone.

This is a rather stark difference, one that Nick Bishop has pointed to (with some pride) all year and looms large for the Rugby World Cup quarterfinals.

Numbers are the same in English or Spanish, but we still season stats with different spices.

We hope you enjoyed our look. We will work on something similar for 2023.

Francisco Roldan can be found at: