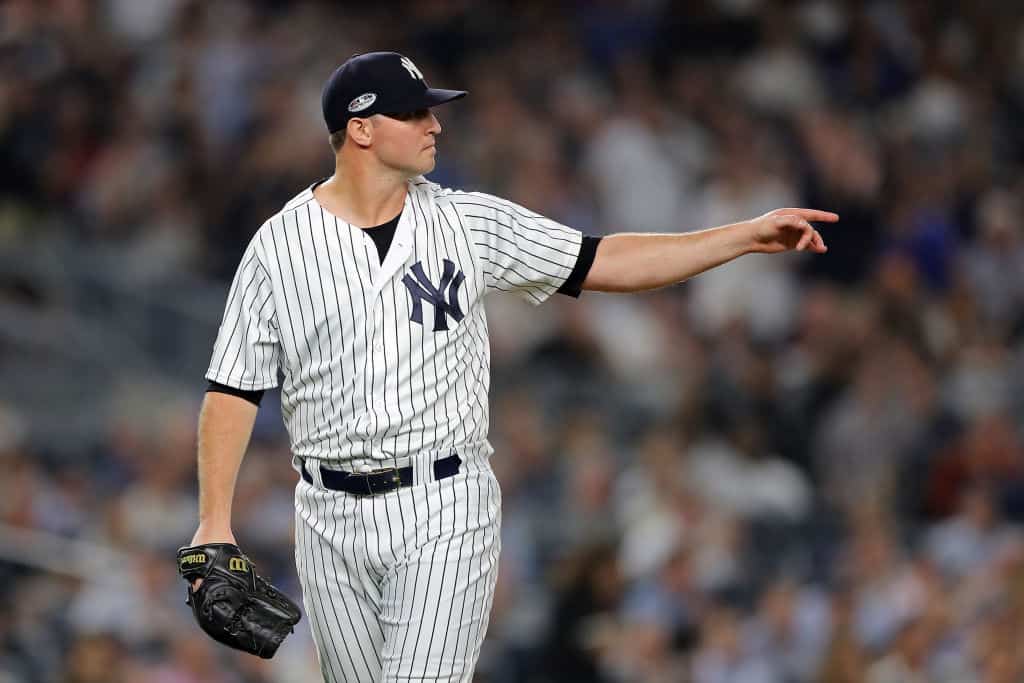 The New York Yankees are getting an important reinforcement for the bullpen on Thursday.

Zack Britton, the sinkerballer who was among MLB’s best relievers for almost a decade until 2020, is now ready to take an MLB mound after months of rehab.

Zack Britton will be active for tonight’s game, Yankees say

The left-hander had a nightmarish 5.89 ERA in 18.1 innings last season, but there are reasons to explain such a bad performance.

During the first half, Britton was plagued by a persistent hamstring issue; and after the break, he was affected by an elbow injury that eventually required Tommy John surgery in September.

His recovery was smoother than anticipated, as he has been playing in minor league rehab games in Double-A and Triple-A for weeks.

The Yankees Want To Give Britton Some MLB Innings Before October

The Yankees, however, will make use of their comfy AL East lead, up to 6.5 games, to let him get some MLB innings under his belt before the postseason.

For a unit that is missing Chad Green, Michael King, and Stephen Ridings and has seen formerly reliable hurlers like Aroldis Chapman, Jonathan Loaisiga and Clay Holmes struggle at some point in 2022, having Britton is a breath of fresh air.

He may not be the sub-2.00 ERA pitcher he was as recently as 2020, but Britton should offer some reliability and consistency to a decimated unit, and that should be celebrated.

The Yankees are certainly happy he is back.